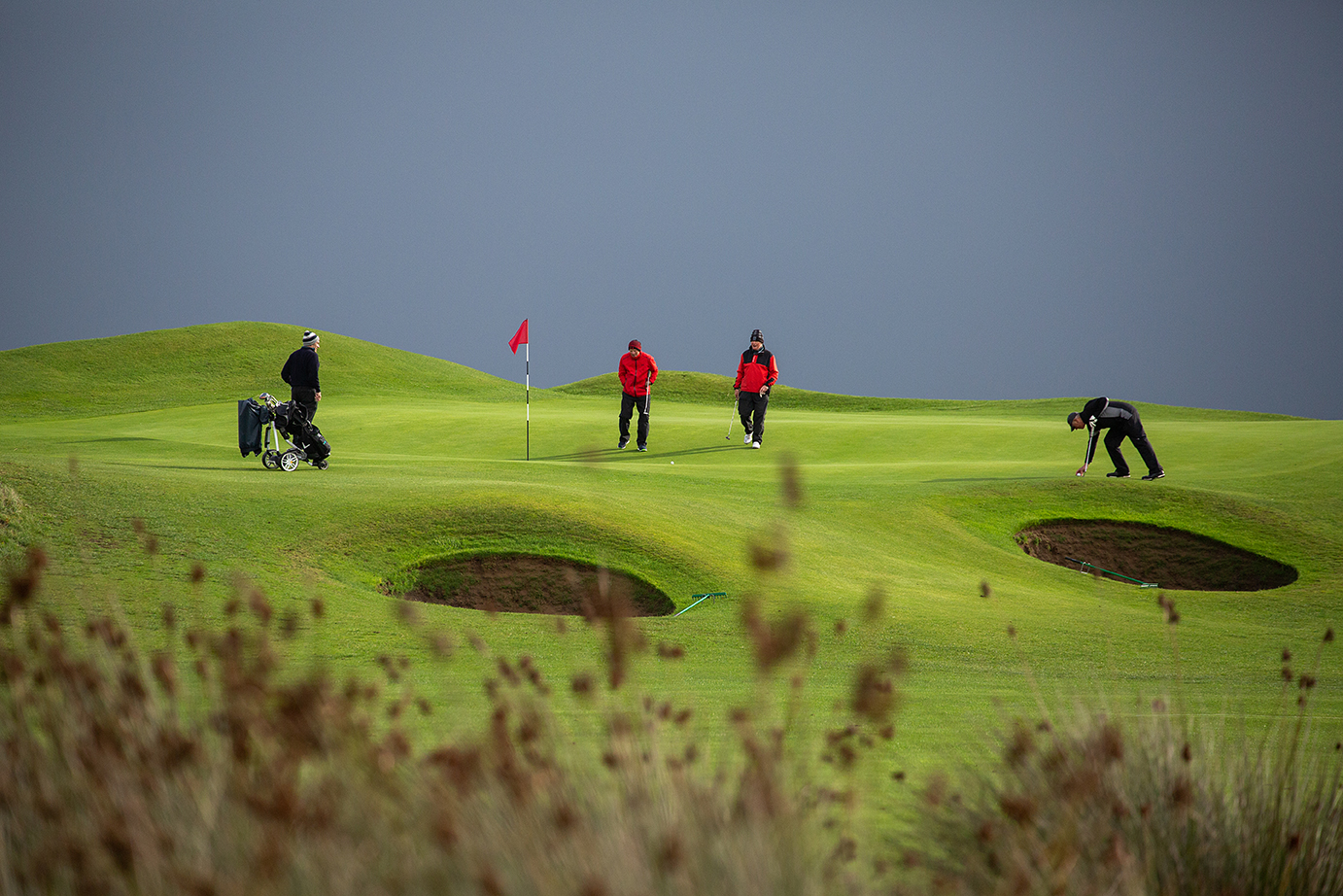 Now in its eleventh year, all proceeds from the annual fundraiser are donated to a nominated charity. Calvert Trust Exmoor was absolutely delighted to be the chosen beneficiary for a fourth consecutive year.

Kylie, Head of Corporate and Community Fundraising at Calvert Trust Exmoor, had this message after the event…

“We are so grateful to Saunton Sands Hotel and Brend Hotels for naming Calvert Trust Exmoor as the beneficiary once again. We were hoping to double the £5000 raised in 2018. To receive £11,500…well we’re lost for words! I would like to thank all of the teams that took part, the businesses who sponsored the 18 holes, those who gave prizes for the evening raffle, and everyone who donated to Calvert Trust Exmoor on the day.

A jam-packed schedule began with breakfast at Saunton Sands Hotel, before an 18-hole game at Saunton Golf Club.

A grand evening of dining and entertainment at the hotel followed, featuring golf legends Sandy Jones and Bernard Gallagher as guest speakers. They were pleased to support the fundraiser and shared interesting anecdotes from their time in the sport.

It has now been announced that Calvert Trust Exmoor will be the beneficiary for the event again in 2020!

Details on the next Charity Golf Day to be announced in the coming months, but for now, enjoy these pictures from the 2019 event. All images credited to Howaboutdave Photography.

Tips for Travelling with Children and Adults with Special NeedsPrev
What Help is There for Ex-Service Personnel?Next